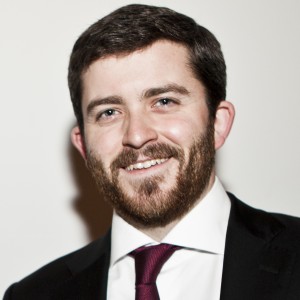 Nick Shockey is the Director of Programs & Engagement for SPARC and founding Director of the Right to Research Coalition, an international alliance of student organizations that promote Open Access to the results of research through advocacy and education.

As the Director of Programs & Engagement, Nick is responsible for growing SPARC’s engagement with members and the wider community, managing SPARC’s digital platforms, and developing initiatives across SPARC’s program areas. In this capacity, Nick leads the organization of International Open Access Week and directs SPARC’s student program.

Nick led the launch of the Right to Research Coalition in 2009 and has grown the organization to include more than 90 member student organizations, which collectively represent nearly 7 million students in over 100 countries around the world.

In 2014, Nick led the launch of OpenCon, a new conference series which brings together leading student and early career researcher advocates from dozens of countries to advance the issues of Open Access, Open Education, and Open Data. To date, OpenCon has received more than 5,000 applications from individuals in over 150 countries.

Nick’s other efforts to raise awareness of Open Access within the research community and beyond include the production of Open Access Explained!, a popular video made in partnership with PhD Comics, and working with Jack Andraka to mention Open Access on the Colbert Report. Nick has worked at SPARC since 2009.